The release is spectacular even though not many people glance at it and glorify it, maybe that's a sentence that can describe the birth of Assassin's Creed Valhalla. Its charming design with solid RPG elements makes it one of the best Assassin's Creed games in the franchise. However, it has not been a year since the game has been released, some netizens seem to have received rumors about the presence of a new iteration. 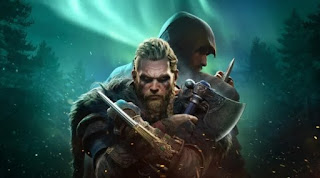 This rumor came from a French YouTuber via his Twitter account, @ xj0nathan when replying to @ TheRAFITI69's tweet. He said that Assassin's Creed will be done next by Ubisoft Sofia with other studios around the world. The game will be released in 2022. Precisely in the first quarter of 2022.

Ubisoft Sofia is a team of helpers from Bulgaria who work behind Tom Clancy's Ghost Recon: Shadow Wars, Imagine: Fashion Designer, and Chessmaster: The Art of Learning. They are also the core development team for Assassin's Creed III: Liberation and Assassin's Creed: Rogue for console and PC. Origins' Curse of the Pharaohs DLC was also developed by them.

It's not clear what game they'll be working on later, but judging from their past work, it's likely they will also do a spinoff for a small fee which is still associated with Valhalla.

Of course we advise you not to believe these rumors 100% before Ubisoft officially confirms them.