Microsoft Plans to Buy Tricks After Banned by the American Government

Sunday, August 2, 2020 Add Comment
Maybe the name Microsoft is familiar in the technology industry. The company is very skilled in technology, especially for their operating system, Microsoft Windows. They are also known as one of the console manufacturers through Xbox. They are also currently developing various Cloud systems that may soon be enjoyed.

Reporting from Gamerant, rumors circulating that Microsoft plans to buy Tiktok after being banned by the American government. Previously this had been announced by American president Donald Trump. He announced that he would ban the Chinese application. Especially because the application threatens American national security according to Trump. 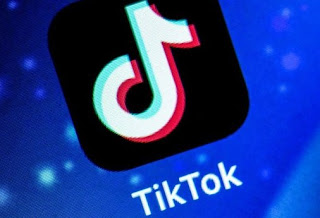 Currently, Tiktok is in the process of reviewing the Foreign Investment Committee in the United States. This has been done since the end of last year. The Trump administration is also currently questioning the security of the Tiktok Application. Moreover, the Tiktok application is feared to share user data with the Chinese government which is currently involved in a trade war with America.

This rumor itself was spread by Anonymous who said that Microsoft was in talks to acquire Tiktok. Tiktok itself is currently being managed by a Chinese company, ByteDance. This is still unclear and it is likely there will be other news in the future.

Therefore, the explanation above provides a description of the possibility of Microsoft buying Tiktok. However, it is a question of what steps Microsoft will take in dealing with the United States government. This is likely to be heard over time.