Monday, August 24, 2020 Add Comment
The feud between Epic Games and Apple is now heating up. In a statement, Apple is now threatening Epic Games to revoke all their access to the iOS platform.

"After further reviewing the activity associated with your Apple Developer Program membership, we have identified several violations that you made," said Apple in a letter sent to Epic Games, quoted by Gamebrott from MacRumors, Sunday (23/8/2020). 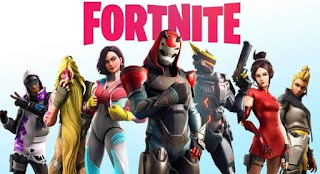 "Therefore, your Apple Developer Program account will be blocked if the violation cannot be resolved within the next 14 days," added Apple.

If Apple cuts all Epic Games access to the app development tools. So Epic Games cannot create or develop games on the iOS platform anymore.

Apple still gives 14 days, or not later than August 28, 2020. Apple provides an ultimatum for Epic Games to return to "submit" to the rules of the game summarized in the Apple Developer Program.

However, if Epic Games is still "naughty" and still violates Apple's rules. Then all applications or games from Epic Games will have the same fate as Fortnite.

Apple will also block all Epic access to the app development tools provided by Apple. Some of them include the software development kit (SDK), application programming interface (API), developer transition kit (DTK), and many more.

To that threat, Epic responded by asking the court to prevent Apple from doing this. Because, if this happens, Epic claims that the Company will also harm the reputation and reputation of the company as a whole.

The Apple VS Epic drama itself began when Epic added the latest payment method from Fortnite without going through the Apps store or Google Playstore with the lure of a 20 percent discount.

As a result, Apple and Google were furious and removed the Fortnite app from the App Store and Play Store. This is because all transactions in applications registered in the two application stores must be managed directly by the company (and subject to 30 percent tax) and Epic is deemed to have violated these regulations.