Saturday, August 22, 2020 Add Comment
The reactivity of Agent 47 as a cold-blooded killer in the gaming industry certainly makes many gamers who love the stealth genre happy, especially with the pretty solid execution of IO Interactive for at least the last two series. The concept of "Games as a Service" which was implemented also turned out to be welcomed, especially with the content of the territory and the target of murder which was considered interesting. Now Hitman is preparing to enter the third series, which is also confirmed for next-gen and of course, PC. But for PC gamers who enjoy it on Steam, there is something different about this latest release. 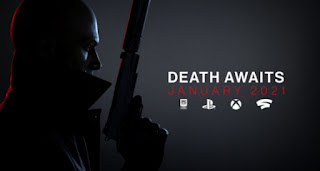 Along with the announcement of a new location - Dartmoor, IO Interactive also announced a 1-year exclusive release collaboration for Hitman 3 PC version on the Epic Games Store. This means, Hitman 3 will not head to other Store pages (including Steam) at least until 2022. IO Interactive said that this collaboration would really help them, given their status as an indie studio at this time. But take it easy, IO Interactive guarantees an easy transition from the Steam version to the EGS version later, especially regarding the promise of carrying progress and content from the previous Hitman series.

Hitman 3 itself is planned to be released in January 2021, still without a definite release date, for the Playstation 4, Playstation 5, Xbox One, Xbox Series X, Google Stadia, and PC (via the Epic Games Store). How about you? Will this PC version of Hitman 3 move delay your plans to buy it?