Friday, August 28, 2020 Add Comment
Similar to their promise a while ago, Obsidian has finally released a new update for the currently popular survival game "Grounded". This game made by Obsidian has finally released a new content, The Crow. Yes, if previously you had to survive against spiders and other insects, now players also have to survive in the game from crow attacks. 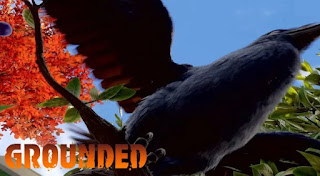 This update also brings the Daily Quest feature to Grounded. In addition, there will be several new Perks, tweaks, and mutations that your character can access in the future. In addition, players will also get additional new buildings and furniture in the game that have new functions to improve what players can do.

In addition, the developer considers that the Spiders' attack system is very easy and eventually gives a new attack pattern to the spiders so that players feel more challenged against these spiders. If you want to read in detail the new content provided