Saturday, August 15, 2020 Add Comment
At the end of last June, the internet was shocked by the claims of women who admitted that they had been sexually abused in the video game and streaming industry. Many of these admissions refer to Ubisoft, where they explained that the work world of the French developer and publisher prefers a male worker culture.

Knowing this, CEO Yves Guillemot promises changes will occur in the office that has been led by his family for generations. Guillemot admitted that he would prosecute all of its staff from various positions, including its executives. This makes the staff have to leave. The result? Its executives such as Tommy Francois and Maxime Beland, including one of the influential people in his studio, Serge Hascoet were cut off from work after their investigation. 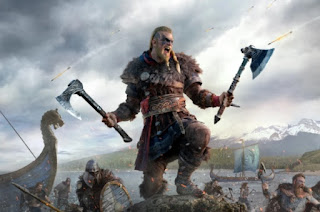 This apparently also relates to the case of Ashraf Ismail, Creative Director of Assassin's Creed IV: Black Flag and Assassin's Creed: Valhalla which will be released this year. Where he experienced an affair that involved him with one of the fans. Make him have to take time off from work to solve the problem. However, who would have thought, Ubisoft took firm steps against it.

According to Jason Schreier's report from Bloomberg, Ubisoft admitted that he had cut Ashraf Ismail's work relationship. One Ubisoft spokesperson explained that after Ismail was investigated, he was immediately terminated from his work relationship with the French company.

Jason Schreier confirmed that Ismail's termination of employment had nothing to do with his affair case. However, it is possible that Ubisoft found something else from the investigation that made Ismail no longer fit to serve at the French studio.

With Ismail gone, it is unclear whether this will affect the development of Assassin's Creed: Valhalla which is scheduled to be released on November 17, 2020 on PC, PlayStation 4, and Xbox One with planned releases for PlayStation 5 and Xbox Series X later.