Saturday, July 25, 2020 Add Comment
After the many rumors that have been circulating about the latest updates on GTA V and Red Dead Online, now the rumors about the update have been confirmed by rockstar through the Rockstargames website, which they promised will not be long before the two games will get their latest content.

On the Rockstar website, they promised to release an update on the 28th of July for online red dead which will add a new Role to Frontier Pursuit, then the latest Outlaw pass (Battle pass on Red Dead Online), requests from the community which is accompanied by several improvements and more. (For More Detailed Information, You Can Check This Link.) 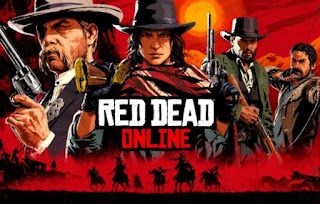 Then the second update is about GTA V online, this summer update on GTA is now reportedly in progress (on progress), which offers a variety of the latest content from Rockstar that is presented to us, so they can enjoy it at the latest update later. And finally, the biggest update this time, GTA Online is rumored to be getting a "Heist" back at the latest "Location".

But unfortunately, Rockstar has not told the exact date when the GTA Online update will be released, but for sure gamers still playing the GTA Online game through Steam or through Epic, must prepare your hard disk storage, because of course this latest update, will be wrong one of the biggest updates too. On the Rockstar website, they also say "and the biggest ever update for GTA Online," it could be that this latest update will take up your storage later.