Tuesday, July 28, 2020 Add Comment
Who would have thought that when the name Akira Yamaoka came to the fore again, the project he was working on received immediate attention and super high anticipation, even though he was no longer related to Silent Hill. For those of you who are not too familiar, Yamaoka is a music composer for the Konami survival horror game. The project we are talking about? Of course the latest game from Bloober Team - The Medium, which recently showed its latest form of gameplay. With the release planned for this year, apart from the Xbox Series X version being highlighted, this one game is also planned to arrive on PC. 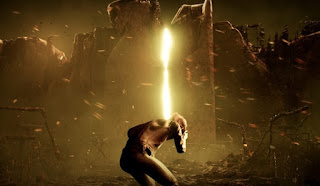 Acting as an intermediary who will be able to explore the real and spiritual world which of course contains a variety of puzzles to solve and enemies to subdue, The Medium had exhibited the gameplay titled "Dual-Reality" some time ago. That instead of being presented alternately, the presentations of the two world systems will be presented simultaneously with actions that will affect each other. For PC gamers who are interested, The Medium's position as a "next-gen" game naturally provokes curiosity about the specification requirements it demands. The bad news? His Steam store page finally opens this information. The question now, is your PC ready?

The Medium itself is planned to be released this 2020 holiday season, still without a definitive release date. How about your PC? Ready to handle this game at the best quality?

0 Response to "PC specifications for The Medium, Minimum Requirements and Recommended Requirements"