DOTA 2 Will Have a New Hero Coming Early Next Month

Shocking is a word that seems apt to describe what happened to Valve and DOTA 2 over the last 24 hours. How come? Accompanying the release of DOTA Dragon's Blood - an anime series on Netflix which can also be called as one of the biggest promotional media that Valve has taken to popularize this MOBA game, Valve also provides a new tutorial mode to help newcomers who may be curious about it. For veteran gamers, there are several things to look forward to in early April 2021. 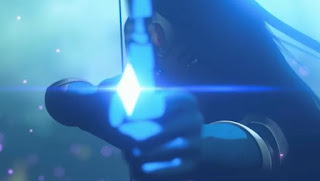 Together with detailed information about the new tutorial mode specifically designed for newcomer gamers, Valve also ensures that the second new hero who has been teased since 2020 will arrive in early April 2021.

Valve did not give an exact date, but said this hero would be present along with the 7.29 update which will launch after the Singapore Major event is over. There are no details on who this new hero actually is, but speculation is strong towards a character who might appear in DOTA Dragon's Blood itself. Valve itself does not provide a definite date for the update and appearance of this latest hero. How about you? What kind of hero do you expect to arrive?