League of Legends is one of the MOBA (Multiplayer Online Battle Arena) games that are popular among gamers alongside DOTA 2. Having been around for more than 10 years, League of Legends still has high attention thanks to the updates presented by the developer. Even recently, Riot Games has brought another new update with various interesting things as well as marking the arrival of season 11 for League of Legends. 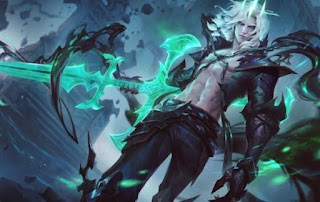 Viego has Sovereign's Domination passive skill that can control the opponent's character and allows forcing items, max health, ultimate, and basic abilities from the opponent. Several other skills from Viego are also quite dangerous, such as Blade of the Ruined King which can be used for auto-attack, Spectral Maw skill to dash and stun enemies, Harrowed Path which presents a nearby zone to generate attack and movement speed and perform camouflage, Then finally there is the ultimate skill from Viego titled Heartbreaker which can attack the enemy with the smallest percent health and knock the nearest enemy out.

Of course this is good news for League of Legends players who can't wait to use new characters and experiment with new things through the Viego character. Viego itself is also planned to be present on January 21, along with the release of patch 11.2.

0 Response to "Viego Becomes New Champion in League of Legends"