Although Marvel's Spider-Man was released spectacularly with lots of positive criticism from fans and the media. However, the much shorter and less stark sequel to the Miles Morales lacks more amazing features than camera setups, fluid-free cinematics, and other mechanics. They didn't even add 60 fps and raytracing features when the game was released, despite the fact that the game is a title for the PlayStation 5. 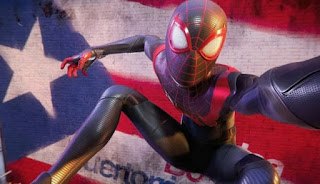 However, everything changed after they implemented the latest update.

According to one GermanStrands influencer on Twitter, the 261.9MB update felt very smooth and different when compared to before. He also confirmed that there hasn't been an update for the resolution at all.

Spider-Man: Miles Morales can now be played on PlayStation 4 and PlayStation 5 exclusively. The game's latest update provides additional 60fps performance and ray tracing for the PlayStation 5 only.