Mobile legends recently released a new update patch on the Advance server, and in it there are various new buff and nerf updates for meta heroes in 2020. Well, in that update, there are 2 popular mage heroes Mobile legends who finally get nerfed bad enough, namely Lunox and Harith! 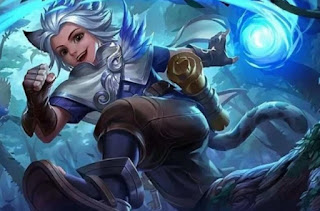 Harith recently got nerfed in skill 2, where the shield given will decrease quite a lot, especially in the late game 350 to 300. Total magic damage bonus, Magic Power Bonus will decrease from 150% to 120%. With this nerf, not only the damage, but also Harith's ability to survive a war will have an effect. This is because the existing shield effect from Harith is significantly reduced, especially when using the ultimate in late game.

In addition, Lunox will also get reduced overall damage for skill 1 and its ultimate. Especially during Chaos or Dark mode. As you can see, the damage from skill 1 is almost all nerfed, from magic power bonus, base damage, to bonus damage depending on the loss of HP when using the skill. In addition, the CD from Ultimate will add up to 7 seconds.

But with the nerf update, there will be some changes related to the gameplay of the two characters. The player cannot play aggressively enough when playing the character in the future.