This is the Valorant 1.07 Update Patch, Give Nerfs To Sage And KillJoy And Buff On Breach!

Friday, September 4, 2020 Add Comment
Riot Games released a new patch for Valorant this week, there is some good news and bad news depending on the agents and weapons you generally use. Where in the patch update, Riot will change some of the game's settings so that players can use new tactics to play the FPS game. Starting from the nerf shotgun that will be present in the future to the buff and nerf for future agents. 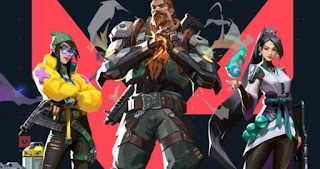 Starting from Buff for Breach which can now carry 3 flashes at once compared to the 2 flashes in the previous patch. In addition, there will be a reduction in delay when using the ultimate and an upgrade for the "Concussion" skill which can be used to block the enemy's scope for a while. In addition, Viper will also get a fairly large buff, where the Toxic Screen will get a reduced delay, and the effects of the decay will no longer affect your teammates, the cool thing is that the Ultimate he uses can now be seen in the mini map of your teammates.

In the end, Riot gave nerf to the only healer agent in Valorant Sage. Where in this 1.07 patch update, players will get a heal reduction from 100 to 60 for other players and themselves. This nerf will also have an effect on the speed of restoring existing health so that players have to wait longer. Slow orbs also get a 30% reduction in area and make the barrier slower to escape within 3 seconds of casting. Many people say that Sage is very OP and this nerf was given by Riot to answer complaints from his players.

In addition, Killjoy, who is the newest agent in Valorant, also finally got a pretty big change, with nerf reducing the damage from Nanoswarm from 60 per second to 40 per second, to reduce complaints that the skill was too OP. Even so, Riot gives buff to the turret it has so that it can shoot more effectively to provide balance to its overall skills. In addition, now the turret that has been implanted will no longer be found by using the Sova "Recon Bolt" skill.

Those are some of the nerf and buffs provided by Riot as a whole. Yes, I hope that with this new patch, complaints from players will no longer mushroom.

0 Response to "This is the Valorant 1.07 Update Patch, Give Nerfs To Sage And KillJoy And Buff On Breach!"