Crysis Remastered Has "Can It Run Crysis?" For PC

Tuesday, September 8, 2020 Add Comment
Since its release, Crysis is the toughest game to maximize all the super advanced technology that was not in the development of video games in 2007. Even the strongest PCs at that time couldn't run it at maximum settings without a hitch. This has earned him an internet meme with its signature tagline, "Can it run Crysis?" for years. However, what if the meme is realized in Crysis Remastered which will be released in the near future? 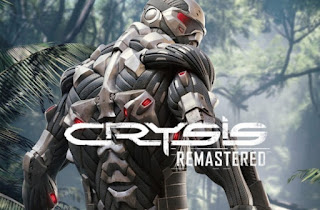 Crytek has just released a PC version of the 4K resolution screenshot of Crysis Remastered. They granted their old fans' request to maximize the potential of the newest CryEngine in the game that they have restored with an exclusive setting that only exists on PC.

In the screenshot above, it can be seen that Crytek has received criticism from fans and changed it to be better than the screenshots they distributed in June 2020. Could RTX 2080Ti be able to run Crysis Remastered?

Crysis Remastered will be released on September 18, 2020 on PC (Epic Games Store), PlayStation 4, and Xbox One. While the Nintendo Switch version has been released and can be played right now.

0 Response to "Crysis Remastered Has "Can It Run Crysis?" For PC"