Friday, September 18, 2020 Add Comment
Announcing Capcom Devil May Cry 5 Special Edition for next-gen platforms at the PlayStation 5 Showcase. The success of the original version on the platform makes it seem that Capcom doesn't want to be wasted at this time. Because they are ready to release the full version with the word "Special Edition" behind the title which they have done in the previous series. 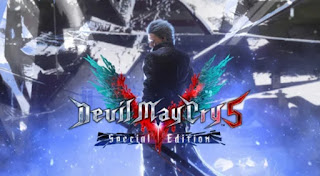 Some interesting content has also taken the opportunity such as the opportunity to play as Vergil with all his new abilities including the power to summon V with his monsters to help in defeating every existing enemy.

A new, more challenging mode, namely Legendary Dark Night Mode, a mode where we can adjust to more enemies, and Turbo Mode, which will increase gameplay speed by 20%.

In addition, of course this Special Edition version will also come with all the visual improvements, performance, and also support for several next-gen features such as enhanced 3D audio, ray tracing which will make the visual quality on the PlayStation 5 and Xbox Series X / S even more stunning, 4K resolution support, frame rates up to 120fps and much more.

Devil May Cry 5 Special Edition itself will be available digitally for the PlayStation 5 and Xbox Series X / S to coincide with the two consoles. Meanwhile, the physical version has not been confirmed until now. Gamers who already have the original version on the PlayStation 4, Xbox One, and PC will also be able to purchase the Vergil DLC separately for $ 4.99.