Friday, September 11, 2020 Add Comment
If you played the first Watch Dogs series, then you will get to know Aiden Pearce. This iconic hero in the series is depicted as very similar to the standard hero Assassin's Creed. He is an expert hacker capable of everything, including stealth and gunfights.

Unfortunately, Watch Dogs Legion doesn't have a fixed hero like the previous two series. This is because Ubisoft tries to present variants of characters represented by NPCs with their respective story backgrounds. Especially the perma-death feature which makes players have to think again before carrying out the mission in order to know which character is controlled. 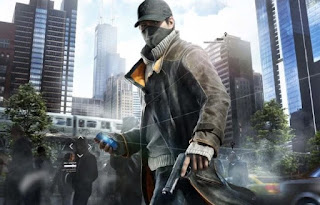 Even so, Ubisoft's efforts to bring back the hero in the previous iteration are certainly not an obstacle considering that Dedsec, the hacker organization that became Marcus Holloway's organization, can be a member of the hero Watch Dogs 2. Including Aiden Pearce.

Through Ubisoft Forward, Ubisoft officially announced that Aiden Pearce will return as a DLC character for the Watch Dogs Legion season pass after the game is released. Aiden is described as a middle-aged man who now has a beard. However, his hacking skills are beyond doubt.

Ubisoft explained that Aiden Pearce will have his own story which will certainly make fans of his first iteration curious.

Watch Dogs Legion is scheduled to be released on PC, PlayStation 4, and Xbox One on October 29, 2020. The game will also be released on Xbox Series X and S on November 10, 2020. Players who purchase the current generation version will get a free upgrade when the next-gen version is released.