Ubisoft Presents Back To School Event Again in Brawlhalla

Friday, August 28, 2020 Add Comment
After being officially released on mobile, the fighting game in the Brawlhalla arena apparently still has many surprises for its players. This is evidenced by the several annual events they have been releasing for the past few moments. This time, Ubisoft and Blue Mammoth are back to present one of these events. 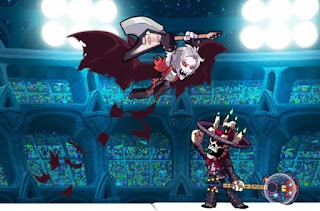 Ubisoft and Blue Mammoth announced that starting today the Back to School Brawlhalla event is finally back. This event will be held simultaneously on PC, mobile, PlayStation 4, Nintendo Switch, and Xbox One.

In this Back to School event, Ubisoft will present new skins for Rocker Volkov and Professor Vraxx complete with weapon skins priced at 140 Mammoth Coins.

While other skins that will return for purchase for 140 Mammoth Coins are as follows:


In addition, there are several items such as the Home Team Color for all the legends for 1,500 or 10 Mammoth Coins, animated avatars that are priced at 60 Mammoth Coins, and Brawlhalla 101 Avatar which can be purchased for 6,000 Gold.