Tom Clancy's Elite Squad Can Now Be Played On Mobile

Thursday, August 27, 2020 Add Comment
Appearing as a collaboration between all of Tom Clancy's heroes, Ubisoft tries to invite their fans to play Tom Clancy's Elite Squad on Android and iOS. Unlike the games they have worked on, Elite Squad will be a mobile RPG game with several iconic characters such as Sam Fisher from Splinter Shell, Montagne from Rainbow Six Siege, to El Sueno from Ghost Recon Wildlands.

Unfortunately, since its announcement, the French developer and publisher has not explained anything about the release date. Now, they suddenly announced it. 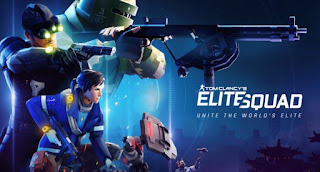 Ubisoft announced that Tom Clancy's Elite Squad is now available worldwide via Android and iOS. Players will enjoy 70 iconic characters that can be equipped with weapons, unique abilities, and several gear that can be used to upgrade the heroes to become stronger.

As a commander, the player will be able to control the 5 × 5 battle in several locations from The Division, Valletta, and Malta from the Splinter Cell Conviction. Run campaign missions with new stories to unlockable soldiers, and unique narrative stories.

Apart from campaign missions with unique stories, players can also enjoy PvP or even fight with guilds in guild wars.