Saturday, August 15, 2020 Add Comment
Since the introduction of the new World's Edge map in Season 3, Apex Legends players immediately made the train spot in the map a very popular bloody spot at the start of the match. This is because the loot on the train is one of the best out there in World's Edge. Not infrequently, players will find a level 3 (purple) or level 4 (gold) shield in the train.

Unfortunately, this iconic place only lasted three seasons. This is because Respawn will be eliminating it in Season 6.

Along with the release of the new Apex Legends Season 6 gameplay trailer which shows off some of the Rampart abilities and the new Volt SMG weapon. Apex Legends introduces tons of changes that are coming to World's Edge. One of these changes is that the train will not return to function and its carriages will be separated into several places in the map. 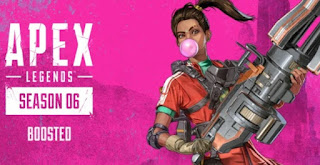 Some rail tunnels will now contain carriages with their respective loots. It is not clear whether the place will become a hot zone like before or not at all.

Through the update, Respawn also confirmed that the Mirage plane which was also the next hot zone was no longer in place. They changed several regions with blast walls in places such as Skyhook, Lava Fissure, and Train Yard. They also confirmed a new area called the launch site for rocket launches which is part of the story.

One of the latest updates from Apex Legends in Season 6 is the introduction of the crafting system. In the trailer that can be seen above, it looks like there is a capsule called Replicator that will appear at certain points on the map. The Replicator then provides weapons, armor, ammo, and others for the required crafting materials. It is not clear how this capsule will work, whether it is called like a mobile respawn beacon or appears randomly like a care package.

Another interesting thing about the trailer is Rampart's ability, where he will be able to mount a turret with a shield in front of him that his teammates can use.

Season 6 of Apex Legends is scheduled to be released on August 18, 2020 or August 19, Asia time and eastern hemisphere countries.