Saturday, August 15, 2020 Add Comment
Capcom has updated their sales data (via VG247) for their big games. Some changes occur from the data they provide before, especially in their flagship horror franchise - Resident Evil. 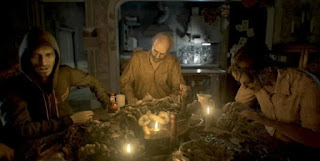 Resident Evil 2 Remake also continued to sell well one year after its release. The game is currently selling at 7.2 million copies and could follow the 3 games above in the next few months. As for Resident Evil 3 Remake, the newest installment in the franchise, it didn't have the same fate as RE2 Remake. The game reportedly did not sell very well. RE3 Remake sold 2.7 million copies in its first 3 months of release, a significant difference from the 4.2 million copies achieved by RE2 Remake in its first 3 months.

On the other hand, Monster Hunter World is still the best-selling game from Capcom with sales of 16.1 million copies currently. The expansion, namely Iceborne, sold 5.8 million units.