Sunday, August 2, 2020 Add Comment
After being shown on the Xbox Games Showcase last week, Obsidian Entertainment's new game, Grounded kin, was released in the early-access phase on Steam and also Xbox Game Preview and in one day, the game now occupies the top-seller position on Steam.

From the data provided by Steam, the game successfully reached 12,543 players shortly after release. This figure will of course continue to increase every day. Especially with streamers Twitch and YouTuber started playing this game. 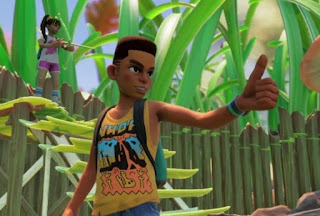 This may not be expected by many parties. Although with Microsoft playing the role of publisher, Grounded can be said to not be the talk of gamers before its release and even ignored because of the survival genre that began monotonous in the PC market. But it seems that the unique concept of the game is enough to attract the attention of netizens.

Grounded is a different and very experimental game from Obsidian Entertainment. This studio is known as a game studio that is an expert in the RPG genre. But for the first time they tried to develop a game with a different genre and style of gameplay. It seems that their experiments paid off in the meantime, we'll see if the hype of this game will survive the full release later.