Tuesday, August 11, 2020 Add Comment
An interesting phenomenon has seen the 180 degree change in Japanese publisher policies regarding PCs over the past few years. In the past, they didn't bother with him and only sold their games via consoles. However, with the popularity of Steam which is now active with hundreds of millions of users around the world, complete with global internet speeds that are increasingly reliable, it is an option that can no longer be ignored. The evidence with extraordinary sales figures is also proof that the market is so big. The potential that SEGA finally saw. 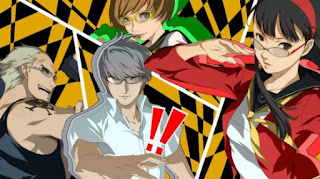 The success achieved by the release of Persona 4 Golden for PC has further increased SEGA's interest in releasing more PC games in the future, both for old titles and the latest game releases. They confirmed this commitment via the latest discussions with investors. They are now interested in porting more of their old games as well as immediately considering the multi-platform release policy for the latest projects from the first day of release. SEGA admits that what Persona 4 Golden PC has achieved has exceeded their expectations, both in terms of sales and positive reviews that have surfaced.

But unfortunately, they didn't share any further details about which old games we can anticipate will appear for PCs in the future. As for the latest title, SEGA has confirmed the release of the latest Yakuza series: Like a Dragon which will also be released via Steam. How about you? Which SEGA game would you most like to see appear on PC in the future?

0 Response to "Persona 4 is successful, SEGA is interested in releasing more PC games"