Wednesday, August 5, 2020 Add Comment
Looks like the Sony and Crystal Dynamics really do not want to give rumors of moving lia. The reason is the lapse of a day after the spread of rumors Spiderman will only be present at the Marvel Avangers PS4 version by Retailers from the UK, Base. Through the PlayStation Blog, Jeff Adams as Associate Art Director, Crystal Dynamics immediately confirmed this. This makes Spider-Man the second superhero after Hakw Eye, which was announced during the game's post-launch. 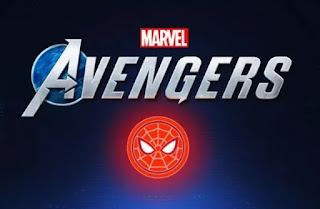 In the PlayStation Blog account posting, Adams explained, that Spider-Man version of Marvels Avangers itself will have skill trees, movesets and costumes that are quite unique compared to other characters. Interestingly for the design of the costumes themselves, will be worked on directly by Steve Ditko and Jhon Romita Sr, who previously designed the Spider-Man version of the comic. The plan for the Marvel Avangers game will be released on September 4, 2020 for PlayStation 4, Xbox One, PC, and Google Stadia, where previously the developer will provide 3 times the open-beta period which will be released in August.

Let's just wait, especially the characters that will be applied by the developer before the game's release later.

0 Response to "Official! Spider-Man Will Be the Marvel Avangers Exclusive Character PlayStation Version"