Tuesday, August 18, 2020 Add Comment
The change of generations is already in sight. With re-release trends and remastered action plugging in the trend over the past decade, many games are already planning a cross-gen release to welcome this change. Some games don't even hesitate to offer a free upgrade program to the next-gen version if they buy the current-gen versions of these games, such as those announced by Crystal Dynamics via Marvel's Avengers and CD Projekt Red with Cyberpunk 2077. Similar programs will also be offered Remedy. and 505 Games for their flagship game - Control. It's just that, on one condition. 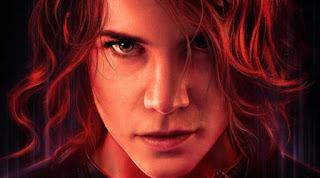 505 Games has just announced the Control Ultimate Edition and ensures that only gamers who buy this version will get a “Free” upgrade to the next-gen version once it is available. The Ultimate Edition itself will contain the original Control content plus 2 expansions - The Foundation and AWE, along with all the updated content that was previously available. Bad news for gamers who own the vanilla version of the Control series? This upgrade program will not be available. Of course, this step immediately won a negative response from gamers, who voiced their aspirations via the dislike button in the announcement trailer for the Ultimate Edition.

Control Ultimate Edition itself is planned to be released on August 27, 2020 for the Steam version, September 10 for the PS4 and Xbox One versions, and finally in early 2021 for the next-gen version. How about you? Interested in glancing at him?