Wednesday, August 5, 2020 Add Comment
For fans of the game Resident Evil, the name Paul W.S. Anderson did leave its own trauma. In his hand, the most popular widescreen survival horror movie franchise was born and slowly but surely, increasingly deviating from the identity that made the video game version loved. But on the other hand, the Resident Evil film saga that was born through several separate series also managed to gain success, especially for theaters outside the American market. Enough to get Capcom back to entrust their other franchises - Monster Hunter to come back to handle, which of course followed by the play of his wife - Milla Jovovich who returned to be the main protagonist. The film itself will not be screened this year. 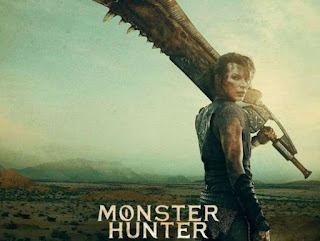 After a planned airing of September 2020, the situation surrounding COVID-19 made the Monster Hunter movie inevitably have to be postponed to the next 2021. In the latest interview with SyFy, Paul W.S. Anderson said that the Monster Hunter movie is actually already 100% complete and so far, being the most favorite film he has ever filmed because of his appearance that will feel "unique". Anderson also confirmed that he was a fan of this franchise since the initial existence of the series, even before Monster Hunter was widely known by western gamers.

The movie Monster Hunter will now air on April 23, 2021. How about you? Are you including gamers who look forward to this one film?