Tuesday, August 25, 2020 Add Comment
Call of Duty Black Ops: Cold War teaser was released a few days ago with a full reveal to be done on 26 August. In this teaser, the developer hasn't shown the gameplay at all but shows a variety of clips from various historical events in the Cold War era. This is to confirm the atmosphere of this new Treyarch Call of Duty iteration. 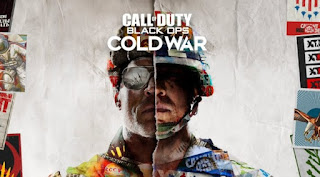 Reporting from CBR, the Call of Duty Black Ops: Cold War teaser has been censored in China after the teaser was caught containing footage of the Tiananmen Square protest in Beijing (happened at 1:04). Even though the footage lasted for less than a second and it is likely that many of the dunits did not notice it, the few frames of the protest were enough to shock the mainland Chinese.

After being caught, the two-minute video was revised and the protest section was censored with a plain black image. But for the international version, the Tiananmen Square section will still continue to appear.