Tuesday, August 18, 2020 Add Comment
Since the announcement of Season 6 of Apex Legends, players have been teased by the presence of a new feature, namely crafting. Generally, crafting will only appear in MMORPG games or the like, but its presence in fast-paced battle royale games certainly invites big questions from fans. The good news is that Respawn Entertainment has finally provided the details.

Mark Yampolsky as the Apex Legends system designer explained some information regarding the game's crafting features. Through devstream, he admitted that this feature was the only feature that had not been leaked by the dataminer before it was finally announced. 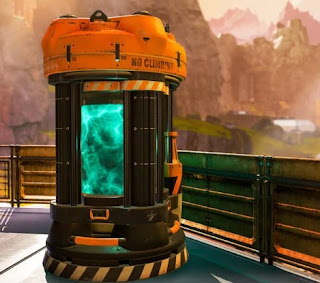 Crafting is a feature that Mark created for players who prefer to play passively and prefer exploration. This feature will have weapon rotation, armor, ammunition, and attachments, including daily and weekly hop-ups. But the way to make it is quite unique.

There are collectable materials scattered all over the map with a tube that changes its location with each match. This material can be collected and brought to a tool called Replicator, a "3D printer" that will process the material.

In a replicator, players will be able to make whatever they want from the eight items presented. Starting from weapons, hop-up, to armor. Some items will change every day and week, so players won't be able to make the same weapon every day because of this rotation.

Items that have daily rotation include weapons and attachments. The attachments presented will match the existing weapons, so there will be no attachments that do not match the choice of weapon. For example, EVA-8 + Double Tap Trigger + 1x Threat Scope, or Wingman + Skullpiercer + Extended Heavy Mag Lv 3.

Not only that, crafting also has permanent items that won't change at all. For example, ammunition and medkits.

This crafting system can also increase the evo shield by upgrading it or reducing the damage points needed to make it change. Players will be very easily attacked when they upgrade their armor, but as compensation the upgraded armor will have full shield energy even though it might have been reduced previously.

Mark also explained that with the implementation of the crafting system, Apex Legends will change all existing armor to become Evo Shield. In other words, players can upgrade by attacking enemies or through replicators.

Interestingly, although replicators and materials will appear randomly in certain places, in the middle of the game there will be replicators that drop from outer space like a care package drop. Items that are included in the replicator rotation cannot be found on the map. So, for example, on Tuesday Spitfire becomes a rotational weapon, players inevitably have to craft the weapon and won't be able to find it on the map.

Season 6 of Apex Legends will arrive today at 12:00 WIB on PC, PlayStation 4, and Xbox One. Players who are waiting for the game via Nintendo Switch and Steam will wait longer until fall 2020.

0 Response to "Here's How Crafting Works in Apex Legends"