Tuesday, August 4, 2020 Add Comment
Leave it to the Arc System Works to deal with fighting games that are not only solid from the competitive side, but also provide opportunities for gamers who are not too familiar to continue to enjoy from the start. All of these experiences were then enhanced by a visualization approach that spoiled the eyes, even when they were asked to handle third-party franchises, as happened with Granblue Fantasy: Versus and Dragon Ball FighterZ some time ago. Enchantment that also seems to be maintained in the latest Guilty Gear - Strive series. 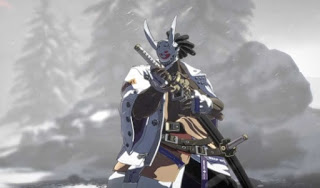 With a variety of super teasing trailers and screenshots that have glided over the past few months, Arc System Works comes with some interesting information. First, they introduced two new roster characters. They are Leo Whitefang who finally returned to this series and a new original character in a super cool ninja costume named Nagoriyuki. Second? Certainty that it will also go to the next-gen platform. After the Playstation 4 version was announced, Guilty Gear: Strive will also be released for the Playstation 5 and PC, along with the arcade machine version later.

Guilty Gear: Strive itself is planned to launch in the spring of 2021, still without a definite release date. How about you?