Sunday, August 23, 2020 Add Comment
Talking about the Arkham series is often dominated by discussions related to the trilogy formulated by Rocksteady Studios - which focuses on the Aslyum, City, and Knights series. Many gamers seem to forget that there is one other series that is positioned as a prequel - Origins, which was formulated by Warner Bros. Montreal, which fortunately, also received quite a positive response from the side of the story, despite the fact that it does not offer much in terms of gameplay. Rumors about the next WB Montreal project have indeed surfaced since several months ago. Now via the DC Fan Dome event, the latest game is finally officially announced!

By integrating the story of Court of Owls in it and promised to carry a wider and more complex plot than him, WB Montreal officially announced their latest project - Gotham Knights. He is certain to carry a different universe from the Arkham series that we know and will be built on a simple premise - that Batman is dead. In order to keep Gotham safe, this responsibility is now shared by four superheroes - Batgirl, Nightwing, Red Hood, and Robin. 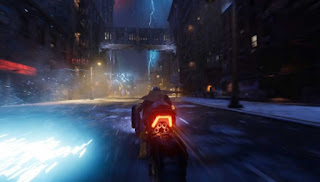 Together with a cinematic trailer, WB Montreal also shows a little gameplay in it. Gotham Knights is still known as an open-world game, which can be played solo or played in online co-op format with 1 other player. You can also see how Gotham now looks "alive" thanks to the presence of the NPCs passing by. WB Montreal ensures that there will be at least 5 areas of Gotham city present here, where you will make Batcycle the main vehicle to explore it.

One change that is quite extreme which also makes this initial introduction actually reaps more Dislike buttons on Youtube comes from the gameplay mechanics that he carries. That the official Gotham Knights will carry an RPG-style system, where characters and enemies are now peppered with a level system and attacks now also come with damage numbers above it. They didn't explain much about the equipment and loot systems, but confirmed that this “Gear” system would indeed be here. You can also see an overview of the battle against Mr. Freeze who is positioned as the boss here.

Gotham Knights itself is scheduled to be released in 2021, still without an exact date, for the Playstation 4, Playstation 5, Xbox One, Xbox Series X, and of course - PC. What do you think? Looks good?