Tuesday, August 18, 2020 Add Comment
If you talk about Epic Games, then there will be three popular names that seem to stick with this company which has a valuation of around 17 billion USD. Apart from the Unreal Engine which is increasingly popular as the basis for indie and AAA games, and of course the Epic Games Store which has been able to erode Steam's dominance over the past decade, they are also the brains behind the super popular battle-royale game - Fortnite. Even though its popularity is not as crazy as it was a few years ago, it is still a fantastic source of money for Epic Games. The same source of money they intend to use to change policies in the mobile market.

Epic just did some crazy shit not long ago. No longer wanting their revenue source to be cut 30% by Google and Apple in the mobile version of Fortnite, they decided to provide an option to purchase virtual currency “V-Bucks” directly in the game. This means that for every purchase that occurs, the money will immediately flow into Epic Games and lead to the bypass method that they have to spend for Google and Apple. Even crazier? They also offer discounts of up to 20% for Fortnite gamers who are interested in trying this option. 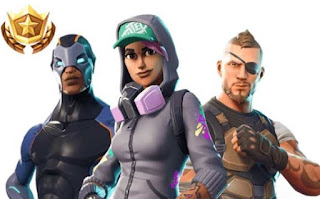 Of course, this step taken by Epic Games immediately provoked a reaction from Google and Apple as the operating system provider for Fortnite Mobile. The two of them decided to "kick" Fortnite from their respective App Store because it was considered to violate the terms and conditions they had previously set. Not only did it stop at just stopping the circulation of Fortnite, Apple even filed a lawsuit against Epic Games regarding this matter. The action Epic Games also responded to by sending a lawsuit back to Apple, which they also did to Google.

It's not clear how this case will eventually end, but one thing is for sure, the mobile version of Fortnite can no longer be downloaded on Google or Apple and if this case continues, it will also mean the absence of future updates. What do you think? Who is really "right" in this one case?