Fortnite IOS And MacOS Versions Will Not Get Season 4 Update

Friday, August 28, 2020 Add Comment
The drama between Epic Games and Apple seems to be getting hotter. The reason is, in a special question and answer page, the Fortnite developer revealed that they would completely lose their access to present the game on Apple's platform.

“They (Apple) will also revoke our ability to develop Fortnite for Apple devices. So, the update Chapter 2 - Season 4 (v.14.00) from Fortnite will not be released for iOS and macOS on August 27, "wrote Epic. 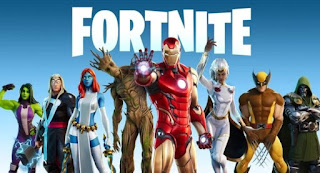 That way, Fortnite players on the iOS and MacOS platforms will never get updates in the future. However, players can still play the game, but use the previous version, Chapter 2 -Season 3 (v. 13.40).

For Battle Pass Season 3 itself will end on Thursday, 27 August 2020 or today and will not continue on any platform.

Players who have previously downloaded Fortnite on iOS can re-download the Chapter 2 -Season 3 update (v. 13.40) by clicking the “Account” icon in the upper right corner of the App Store display, then clicking “Purchase” and clicking the Cloud or Download button.

Unlike the iOS version, Fortnite players on Android can still get the latest version of the game through the Epic Games App store at Fortnite.com/Android or the Samsung Galaxy Store.

In the season 4 update, Epic released the theme "Nexus War", where Fortnite will welcome characters from the Marvel Universe, including Iron Man, Thor, Wolverine, Doctor Doom, to Groot and Rocket.