Thursday, August 20, 2020 Add Comment
After the success of the Divinity franchise, Larian Studios is now working on their new ambitious project, Baldur's Gate 3. Just like their previous games, Baldur's Gate 3 will be released gradually via early-access and the first build will launch on September 30th.

This initial build is expected to offer a fraction of what the game wants to release in the upcoming full version. The amount of content from this initial build is said to be greater than Divinity Original Sin 2 even though players can only progress up to level 4. 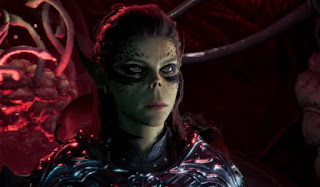 For those of you who are interested in playing early-access from Baldur's Gate 3 and following its progress, here are the PC specifications you need:

There is no estimate when the full version can be released in the meantime. The game will later be released via Steam, GOG and Stadia.