EA Play heads to Steam at the end of August 2020

Thursday, August 20, 2020 Add Comment
The success of Netflix as a paid subscription service to access content with attractive variants and film quality has inspired several giant game publishers to offer similar services. By paying a subscription fee, gamers will be given access to great games that are not all old, but also some of the newest titles in them. Some even immediately provide their latest games directly, like Microsoft did with their Xbox Game Pass. One of the other publishers who are considered "successful" in pushing the same service is Electronic Arts through their EA Access. 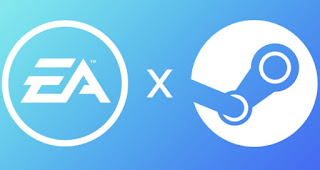 Changing the name of their service from EA Access to just "EA Play", while still sharing the same subscription concept with various advantages that gamers who love EA games can pursue, this service will indeed be announced that it will also be available via Steam. Now, at least we've got the exact date.

EA Play will be available for Steam starting August 31, 2020. But unfortunately, the subscription price itself has not been announced and it is not certain whether it will be similar to prices on other platforms such as Origin and consoles. There is also no information whether this price will be influenced by regional prices or not.

By subscribing to EA Play, gamers will be able to enjoy games such as Titanfall 2, Battlefield V, NFS Heat, to The Sims 4 with the opportunity to get faster access to EA's latest games. How about you? How many of you are interested in subscribing to EA Play if it's available on Steam later?