Saturday, August 1, 2020 Add Comment
Wrong timing? Or is it a product that gamers have never asked for? Or is it just an introduction to the wrong event? One thing is certain, Blizzard's decision to announce Diablo Immortal at the BlizzCon event a few years ago has indeed become one of the biggest disasters they have done. The announcement that is expected to build the hype actually grows into a joke, considering that most connoisseurs of the Diablo series on BlizzCon are hardcore fans who enjoy this RPG franchise action on PCs and consoles. "Trauma" experienced by Blizzard is enough to make the name of this Immortal brought up again since last year. 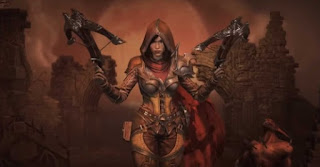 Does this mean that Diablo Immortal has been canceled? Of course not. Blizzard's ambition to bring the equivalent experience of Diablo 3 to a variety of smart phones still continues. Only, they now seem to understand where they have to build hype. Utilizing the ChinaJoy 2020 gaming event, Blizzard finally released the latest 2.5-minute gameplay video that shows a variety of new actions, the existence of Baal, and character models that now look smoother and sharper. Unfortunately this new trailer is still followed by more definite release plan information.

Blizzard itself plans to release Diablo Immortal for the iPhone, iPad and Android. How about you? How many of you are interested in this game after the latest trailer has been released?