Saturday, August 8, 2020 Add Comment
The release of Beyond Light may have been postponed from Destiny 2 due to COVID-19, but this has not stopped Bungie from indulging his fans through his new game event which will be held in the middle of this month. Interestingly, this event is a free event that will spoil the Guardians (as players are called in Destiny 2) with new content and quests.

Titled Solstice of Heroes which will be held from August 12 to September 9, this event will bring Eva Levante to the Tower to celebrate these protectors of mankind. All Guardians who will complete the quest for Eva named "The Solstice Begins" will get the music "Solstice of Heroes" which can be claimed through Bungie's online account. 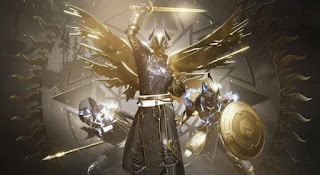 The event will also deliver players to the European Aerial Zone (EAZ) where the Guardians will fight Hive, Cabal, and the Fallen. Completing it will give one part of the Solstice of Heroes armor to increase the power level and provide armor upgrades. Two Triumphs will also be added to this event to increase the progress of the Guardians.

In addition to this content, NPC Tess Eververse will also have additional items in the form of Universal Ornaments along with new finishers, accessories, and emotes. These Universal Ornaments will make legendary armor look like Solstice armor, complete with glowing lights around it.

Destiny 2 can now be played on PC, PlayStation 4, and Xbox One for free via Steam. While the expansion, Beyond Light will be postponed until November 10, 2020.

0 Response to "Destiny 2 Prepare the Solstice Of Heroes Event"