Wednesday, August 12, 2020 Add Comment
The essence of an RPG game lies in the sensation of "role-playing" it offers. However, most games like this, even those that provide various dialogue options to defuse conflicts, still offer violence options to solve problems that may arise. In a dystopian futuristic world like Cyberpunk 2077 where humans are able to inject new functions into their bodies through the augmentation process, it is certainly interesting to see what kind of weapon technology is presented. Through the second episode of Night City Wire last night, the mystery was finally solved. 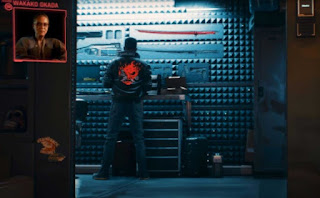 CD Projekt Red has finally released a new session to explain what kind of weapons you will be able to use later. To support V, the weapons in Cyberpunk 2077 will be offered in three main variants: Power, Tech, and Smart. Power is more similar to the weapon system we know so far but with bullets that can bounce off when hitting walls or the ground. Tech is electromagnetic based, and can therefore penetrate walls if you wish. Meanwhile, Smart is focused on tracking capabilities that allow bullets to chase even hidden targets. Of course, there are melee attack options like Katana and Cyberware.

You can buy all the weapons from this catalog at the gun shop, so the option to choose your favorite weapon is always open. Which are interesting? Of course there will be rare weapons with the "Legendary" level that have special and more lethal abilities for you to pursue in Cyberpunk 2077. CD Projekt Red says that the process of getting this special weapon might end up offering its own dilemma - where you can kill characters. certain that you like to get the Legendary weapon he has or let him live and miss the opportunity. Of course, as you level up, your proficiency with these weapons will also increase.

Cyberpunk 2077 itself is planned to be released on November 19, 2020 for the Playstation 4, Xbox One, and of course - PC. How about you? Have you decided which weapon to use?