Friday, August 28, 2020 Add Comment
A little late compared to previous years where most of the announcements usually took place in the early middle of the year, Activision finally introduced the newest Call of Duty series for 2020 - Call of Duty: Black Ops Cold War. With a slightly long name, it also marks the inaugural Call of Duty series that will accompany the console's transition to the next generation. After just releasing a mysterious teaser with a global political background based on what happened in the real world, Activision and Treyarch finally released the first gameplay trailer for this one series. 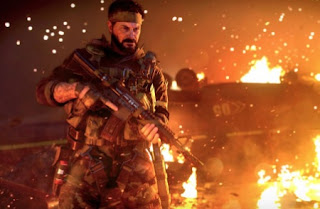 In agreement with the rumors that had previously circulated, COD: Black Ops Cold War is definitely a direct sequel series to the first Call of Duty: Black Ops released in 2010. Through characters like Woods, Mason, Hudson, and other new characters, you will now be asked to hunt down a Soviet spy named "Perseus" whose ambition is to destabilize the world. This action will take you to enjoy the dark geopolitical story of the 1980s era which will also be photographed through several locations such as Vietnam, Turkey, Moscow in the Soviet Era, and other locations. This inaugural trailer is focused on the campaign mode only, with the multiplayer mode being introduced on September 9, 2020.

The current-gen version of Call of Duty: Black Ops Cold War is scheduled to be released on November 13, 2020 for Playstation 4, Xbox One, and of course - PC. While the next-gen versions for the Playstation 5 and Xbox Series X will arrive in the holiday season, without a definite release date. Gamers who are interested in upgrading from current-gen to next-gen versions will be required to purchase a special bundle called “Cross-Gen Bundle” which will be priced at USD 70.

How about you? How many of you are interested in Call of Duty: Black Ops Cold War?