8 Years of Release, Guild Wars 2 is finally heading for Steam

Wednesday, August 26, 2020 Add Comment
The popularity of Steam as the world's largest digital PC gaming platform today doesn't necessarily change how MMO games work. Most of the MMORPG games available on the market today still rely on their respective launchers. But slowly but surely, the appeal of hundreds of millions of users on Steam seems to be a major element that can no longer be ignored. It took 8 years for NCSoft and ArenaNet to understand this one concept. Following recent content releases that are still emerging, their popular MMORPG game - Guild Wars 2 is finally making its way to Steam! 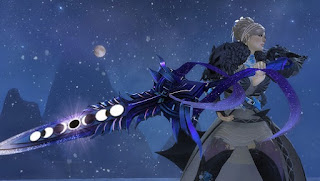 To be released in November 2020, the release of Guild Wars 2 on Steam will also be followed by expansion pack contents that were previously available, such as Heart of Thorns and Path of Fire. Unfortunately, there is one bad news for veteran gamers. ArenaNet ensures that the Guild Wars 2 account on their launcher will not be able to be transferred to the Steam version, making veteran gamers who are interested inevitably have to repeat their progress from the beginning. But at least ArenaNet ensures that gamers from ArenaNet and Steam launchers will share the same world.

The Steam version of Guild Wars 2 itself is planned to be released in November 2020, still without a definite release date, with the price of an expansion pack which, unfortunately, is still not determined. How about you? How many of you are interested in trying out this MMORPG?

0 Response to "8 Years of Release, Guild Wars 2 is finally heading for Steam"