7 million copies on Steam, Fall Guys is also the most successful PS Plus game!

Friday, August 28, 2020 Add Comment
For now, whether you have the chance to taste it or not, it is impossible that you have never heard of the name Fall Guys before. This Mediatonic concoction game under the banner of Devolver Digital has indeed succeeded in appearing viral through the non-violent "battle-royale" concept with a game concept that will remind you of the Takeshi Fort event. Its popularity has even made it one of the latest sources of mod content in more serious games, such as Skyrim and Resident Evil 3 Remake. Having experienced server problems in the first few days of release, some gamers are naturally curious about one thing - how successful is this game actually? 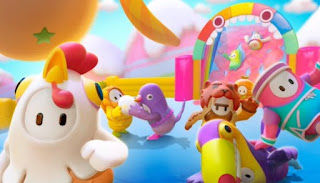 Devolver Digital finally shared new details that provide a much clearer picture of the level of “success” Fall Guys itself. That's right, we are of course talking about sales figures. Devolver Digital ensures that at least 7 million copies of Fall Guys are sold for the PC version available via Steam. It's not enough to stop there, it also officially holds the title of the Playstation Plus game with the highest number of downloads of all time! The Playstation does not share the exact numbers, unfortunately, but estimates are claimed by at least 17-20 million Playstation 4 gamers worldwide.

With the additional content which is planned to add more cosmetic items and mini-games in the second season, it seems that this number still has the potential to continue to skyrocket. How about you? How many of you are having fun with Fall Guys right now?

0 Response to "7 million copies on Steam, Fall Guys is also the most successful PS Plus game!"