Thursday, July 30, 2020 Add Comment
Rainbow Six Siege or commonly called R6S has indeed become one of the multiplayer games whose existence still looks so high despite being released for many years. Of course, one of the attentions is the presence of an innovation from Ubisoft's release updates to the game.

Latest, Ubisoft has planned a new update release for R6S. However, this is unlikely to be present in the near future, the article is said to have been delayed because of a problem. Announced via his Twitter account, Ubisoft confirmed that the release of the new update, which was planned to be released on July 28, had to be canceled due to an unexpected problem. 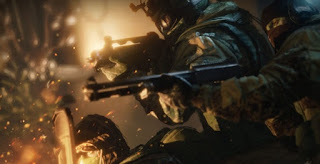 The patch is planned to bring several additions and new innovations to the gameplay mechanism of the R6S such as buffing for some characters, and the addition of 5 HP damage if the player is pushed to the wall after receiving Nomad’s airjabs or Oryx's dash, the rest can visit the patch notes from the update here. Unfortunately, Ubisoft has not yet provided a new release date for the patch, but they are sure that a new release date for the patch will be announced in the near future.