Thursday, July 30, 2020 Add Comment
Sekiro: Shadows Die Twice might be one of the easiest souls-like games compared to other From Software's works. Wrap Japanese culture with an interesting gameplay mechanics with parry and assassinatennya features that are more comfortable to make the game very exciting to play. Although the player must die many times of course.

Sekiro's popularity and gait: Shadows Die Twice, for him, was named one of the 2019 games of the year ago by several award events, including Steam Awards. Now, the Japanese developer plans to provide a new update that will be released this year. 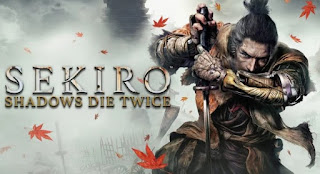 The exact update will be released on October 29, both on PC, PlayStation 4, and Xbox One, which will present reflections of strength / gauntlet of strength, change form, and remnants.

Reflection of strength or gauntlet of strength is a boss rush mode, where you will fight with bosses who have been defeated in several matches. For you to be able to fight again with Lady Butterfly and Genichiro for the second time.

Change form itself will change the appearance of the wolf into three forms. One of them is Old Ashina Shinobi and Tengu.

While Remnants are your 30-second holographic action shipment with messages that can be received by other players via online. A similar feature that they have implemented in the Bloodborne and Dark Souls series.