Tuesday, July 28, 2020 Add Comment
Persona is known as a game that has many "side" genres of the original game. For example rhythm games, fighting to a card game. The latest, a fighting game from Persona 5 that has been released for the Japan and Asia region in the past few years will be available globally in the near future.

Reporting from Persona Central which translates financial statements from Koei Tecmo, Persona 5 Scramble is confirmed by Koei to be coming soon globally as Persona 5 Strikers to the Playstation 4 and Nintendo Switch platforms. However, until now there are still no definite details of the release of the global version of the Persona 5 fighting game. But, so gamers no longer need to speculate about the presence of Persona 5 Scramble globally. 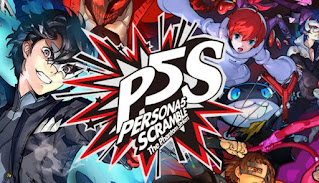 Apart from this, at the end of 2019 the Sega Games patented the copyright for the name "Persona 5 Strikers" along with its logo, which further convinced that the release of the global version of Persona 5 Scramble was indeed true.

Previously, the sale of Persona 5 Scramble in the Japan and Asia region was quite successful, the game managed to sell around 480 thousand copies since its release in early 2020. Persona 5 Scramble is currently only available in the Asia and Japan regions for the Playstation 4 and Nintendo Switch platforms. Dont fotget to check new post on wartabuletin.com.