Monday, July 27, 2020 Add Comment
Although it doesn't show much gameplay, we at least have an idea about what projects are being handled by Microsoft's first party developers through the Xbox Series X showcase a few days ago. As if agreeing to rumors that had circulated before, after the cancellation of Fable Legends and the closure of Lionhead Studios, Fable finally rediscovered its path to the gaming industry. This latest project will be handled by Playground Games - the same developer that gave birth to the Forza Horizon series in the past. High anticipation is no doubt, giving birth to a variety of rumors related to the latest Fable series that does not carry the frills of this sub-title. 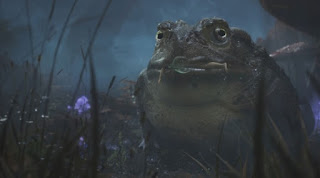 Triggering a concern, one of the strongest rumors came from French journalists who mentioned that the latest Fable series would not be Fable 4. That what the Playground Games was currently developing was a Fable MMO game that took Albion as a setting, and hence, focused more on multiplayer side. There is fear that the trauma that had occurred with the previous series which ended up being canceled - Fable Legends re-occur with this latest series.

However, this rumor was immediately broken by gaming sites that had been "close" and were counted accurately for news related to Microsoft and Xbox - Windows Central. Claiming to be talking to people with Playground Games, they confirmed that the latest Fable series is not MMO! The core of the latest Fable series is still an action-RPG game that focuses on the single-player experience. However, there will be online elements such as cooperative mode or a special hub where you can meet other players. One thing is for sure, it is not an MMO.