Wednesday, July 29, 2020 Add Comment
The performance of the next generation console which is supposed to be much stronger than the latest generation indeed makes many gamers anticipate the final product like what he has to offer. Both the Playstation 5 and Xbox Series X seem to pursue at least a native 4K resolution format for games, especially those born from first-party. At least from the Playstation 5 lineup, we at least have met with a number of titles that have been confirmed, such as Marvel’s Spider-Man: Miles Morales, which is scheduled to launch in the holiday season this year as well. There is something interesting about this title, at least from the way Sony handles extra Playstation 5 performance later. 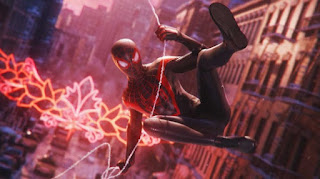 Insomniac Games, through its official Twitter account, has just announced that Marvel’s Spider-Man will later carry a "Performance" mode that will allow gamers to enjoy it in the 4K60fps format. This means, you who enjoy playing framerate higher will be able to enjoy it directly. Unfortunately, Insomniac itself does not talk about other modes such as what gamers can choose. Most likely, when referring to Playstation 4 Pro games, this extra option might strengthen the visual side if gamers don't mind playing at 30fps.

Marvel’s Spider-Man: Miles Morales himself is scheduled to be released this 2020 holiday season, still without a definite release date, for Playstation 5. How about you? Are you a gamer who loves more solid visuals at 30fps, or less but at 60fps?