Left 4 Dead 2 Will Get a New Campaign? Know Here Information

Tuesday, July 28, 2020 Add Comment
Besides Half-Life, which was finally treated by the presence of Alyx, Valve's game that did not get news was the Left 4 Dead series. But this did not stop the rumors that are increasingly popping up on the internet about the game. No, this time the rumor is not about the presence of Left 4 Dead 3, but rather that the game that was released 11 years ago immediately gets a new campaign. 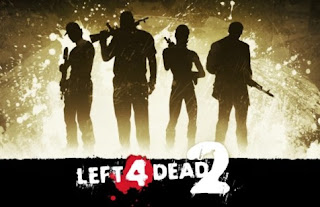 This was revealed by a YouTuber named Tyler McVicker who some members of his community found a private closed server that was running a map that was not yet in the game. The server appears to be a mini-campaign from "The Last Stand" from the first iteration of Left 4 Dead.

The server is locked with a password that cannot be accessed by everyone and is now completely hidden and cannot be found on the browser server. McVicker and his trusted source explain that Left 4 Dead 2 will most likely get new content near the end of this year along with "The Last Stand".

Of course this should not be trusted blindly because the information has not been proven true. We suggest that you only consider this news as mere rumors despite the fact that this possibility still exists in the future.

0 Response to "Left 4 Dead 2 Will Get a New Campaign? Know Here Information"