F1 2020 Gives Patch, Which Presents the Latest Livery From Mercedes

Thursday, July 30, 2020 Add Comment
Codemasters this time do not seem to want to miss the latest "update" info on Formula 1, since the Formula 1 race was held again because of a pandemic, now Formula 1 is holding their race for the first time in Austria on the Red Bull Ring track.

At the first time F1 held a race on the track, there were some very striking changes to some F1 Teams, one of which was Mercedes by changing their Iconic Silver Livery, which now turned black. 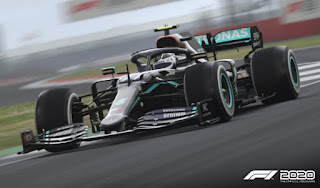 Then now in a new patch update on F1 2020 that has just been released, Codemasters added the same Black Livery displayed at F1 Austria. Aside from the black Livery on Mercedes, Codemasters also added the black racing suit used by Lewis Hamilton and Valtteri Bottas. This latest update is arguably an update to slightly spoil the Mercedes fans in this F1 2020 game.

Not only update the addition of livery, but in this update one of which is a change in the Force India team, namely Sergio Perez and Lance Stroll are now using the correct gloves, because previously some F1 fans reported that their gloves differed with color in the real world . And update it as usual as you can see below.

0 Response to "F1 2020 Gives Patch, Which Presents the Latest Livery From Mercedes"